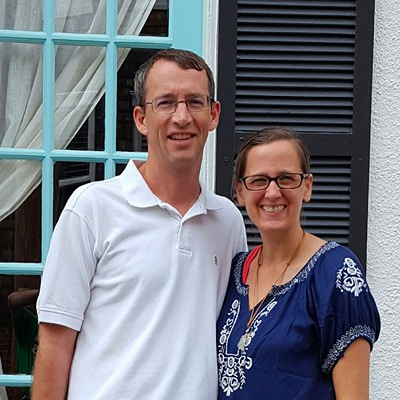 Steve and his wife, Joy, along with their three sons, Daniel, Ben, and Josh, began attending Wildwood when they moved to Tallahassee in 2013. Steve was born and raised in North Dakota and joined the Navy while attending NDSU, where he graduated with a degree in Electrical Engineering. During his time in the Navy, Steve served aboard several ships, studied at UCLA, and upon receiving orders to Japan, met and married his best friend, Joy, who was a Navy nurse at the time. Steve is currently an Electrical Engineer for Georgia Pacific and enjoys family time, fishing, and camping. His interest in Middle School ministry grew as he volunteered to go with the Mission: NOLA team during the summer of 2014. He loves the energy and enthusiasm that the students bring to their worship and desires to help them grow in their knowledge of and love for Jesus.